The Pune police on Tuesday raided the houses of top Maoist sympathisers and arrested Varavara Rao and Gautam Navlakha, among others. The raids took place based on the probe into Bhima Koregaon violence case.

Now the story starts here. After the arrest of these Urban Naxals, all their sympathisers and anti government people (Members of so called Mahagathbandhan + Journalists + failed authors) are coming together to support these people.

Urban Naxalism is the invisible threat we are facing in this country. We are surrounded by people of Moist/Naxalite mindset. Liberals, Rich grey haired intellectuals, Human Rights activists and many Journalists are naxals and moist supporters, sympathisers. Some of them even openly support naxalites/moists but still no actions are taken against them because they are backed by some political parties and senior politicians.

How the naxals are recruited? Who are these people? How are they brainwashed? How they picked up guns?

This is due to Urban Naxalism. The process in some institutes like Cultural study centres, Film industries and media etc. people having same ideology with Naxals are spreading their propaganda and creating an environment in support of Naxalite or recruiting them in camps is called Urban Naxalism. Mind well, this is more danger than Naxals. They are not using their Gun, they are using Pen, Mikes and Films to spread their propaganda.

These people have guns, grenades and all the weapons to harm the nation and the CRPF. But the question is who is funding them and how they are getting all these weapons. Answer is Urban Naxals.

Urban Naxalism maybe a new word for many Indians as we didn’t even knew about it before 2014. But the problem started with the surrender of so many Naxalites and Moists groups. These Urban Naxals are losing their victims and that’s the reason; many of these urban naxals are coming out. Those so called tribal naxalites were brain washed by these Urban Naxals. They filled their hearts with hatred against the system and governments.

For so many years the Urban Naxals have been operating from the shadow and no one was there to question them but now when the police has started taking some strict actions against these naxals, opposition leaders and many journalists have shown their supports for these people and as expected they are blaming the right wing government and abusing the PM for these arrests.

These are the Naxalites who were arrested by the Pune Police. 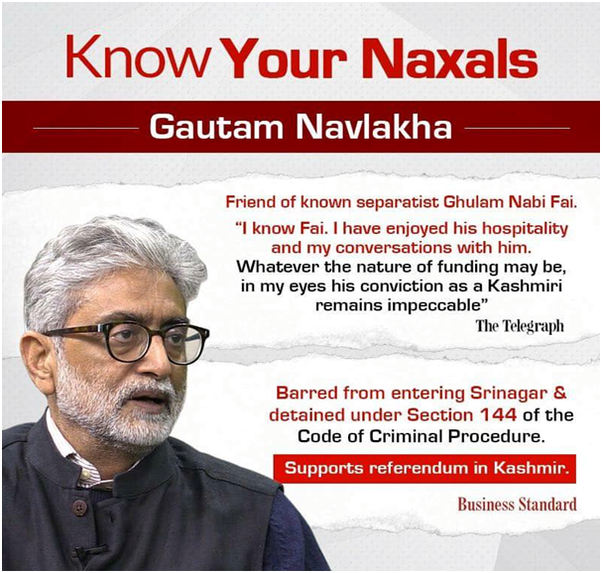 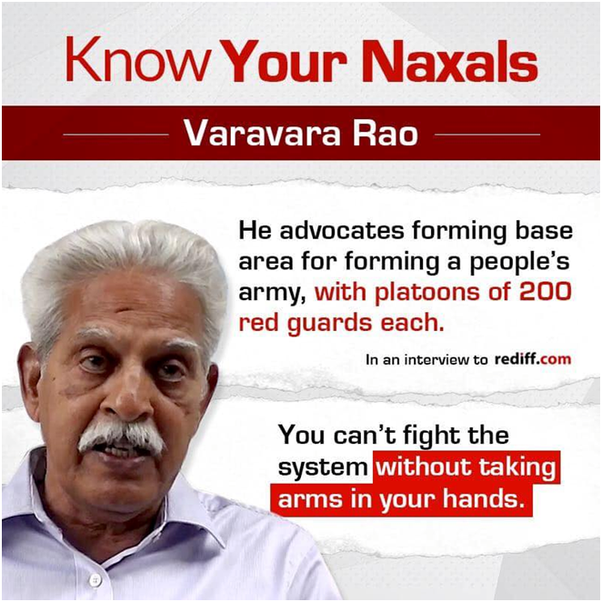 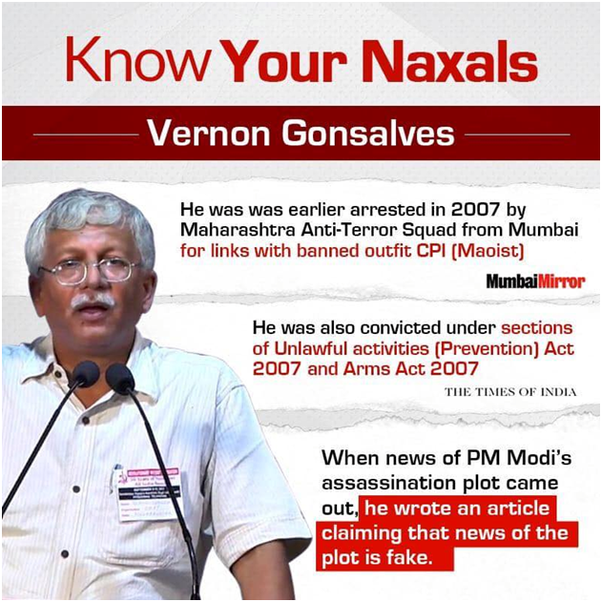 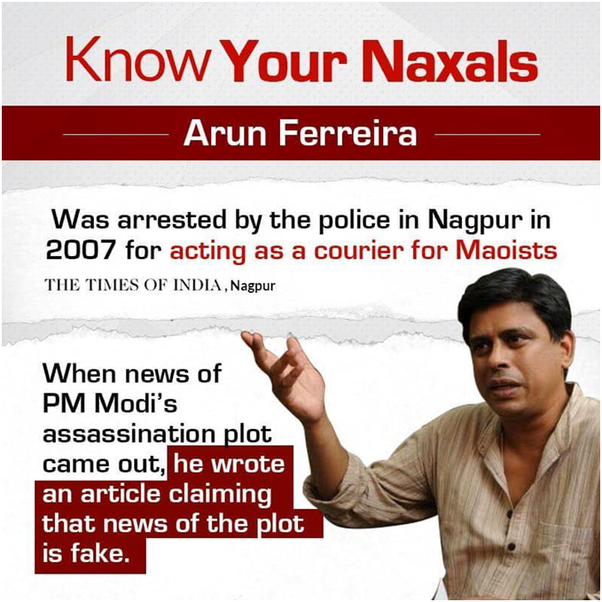 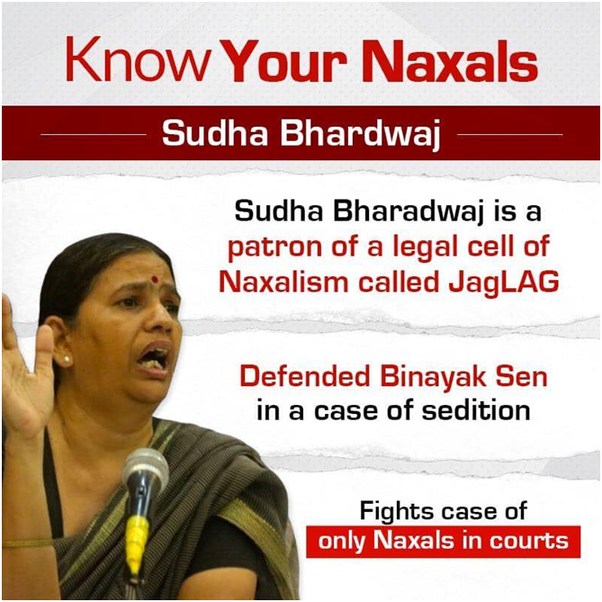 If we look closely, it’s always the same set of people who supports anything or everything that will allow them to bash the government and abuse the PM. They do not care about all the CRPF jawans and innocent civilians killed by moists but all they care about is the human rights of Naxals,rapists and terrorists. They run a false narrative that the government wanted to suppress their Freedom of Expression. But the real thing is these people are misusing the FOE to run their propaganda.

Arundhati Roy wants to liberate Kashmir, Nagaland and Manipur from India and she said it openly but no action is taken against her because FOE. Barkha Dutt, Rana Ayuub, Sagarika Ghose, Rajdeep Sardesai and many other journalists and bollywood actors are running a propaganda against the PM of India, Narender Modi for 2002 Godhra riots by labelling him as the mass murderer even when the SIT appointed by the congress govt and the Supreme Court gave him the clean chit, because they have FOE. Some Urban Naxals organised a rally in support of a terrorist and raised the slogans like “Bharat tere tukde honge” but still no action. Now all these people have come together and protesting against the arrest of these Urban Naxals.

It’s sad that many opposition leaders are also supporting these naxlites just because of their dirty politics and hatred for a single person.

Naxalism is killing our Universities and the future of our students. These urban naxals have a false image of working for the social issues. And that’s how they get the support from the students of some big universities. However I haven’t seen anything productive done by any of them. All they do is, organise protests against an issue and create violent rallies and increase the number of supporters which will ultimately help them building their party.

We have army and military for cross border terrorism but these Urban Naxals are much more dangerous than all those Islamic terrorists. Army can stop the terrorists and they are allowed to kill the terrorists but these Urban Naxals are destroying the country from inside. They are spreading an ideology of violence and hatred which is a bigger threat to our nation. And we can’t do anything about it because our constitution allows people to say whatever they want. They even questioned the army for killing terrorist by giving the excuse of human rights of terrorists.

It’s high time for all the Indians to take a stand against these Urban Naxals. So be aware of them. There are here to break the nation not to build one.